SyncEvolution synchronizes personal information management (PIM) data via various protocols (SyncML, CalDAV/CardDAV, ActiveSync). It syncs contacts, appointments, tasks and memos. It syncs to web services or to SyncML-capable phones via Bluetooth. SyncEvolution is available for different platforms and with different frontends. This documentation mostly shows the command line tool because it works the same way on all platforms. However, there are graphical user interfaces. 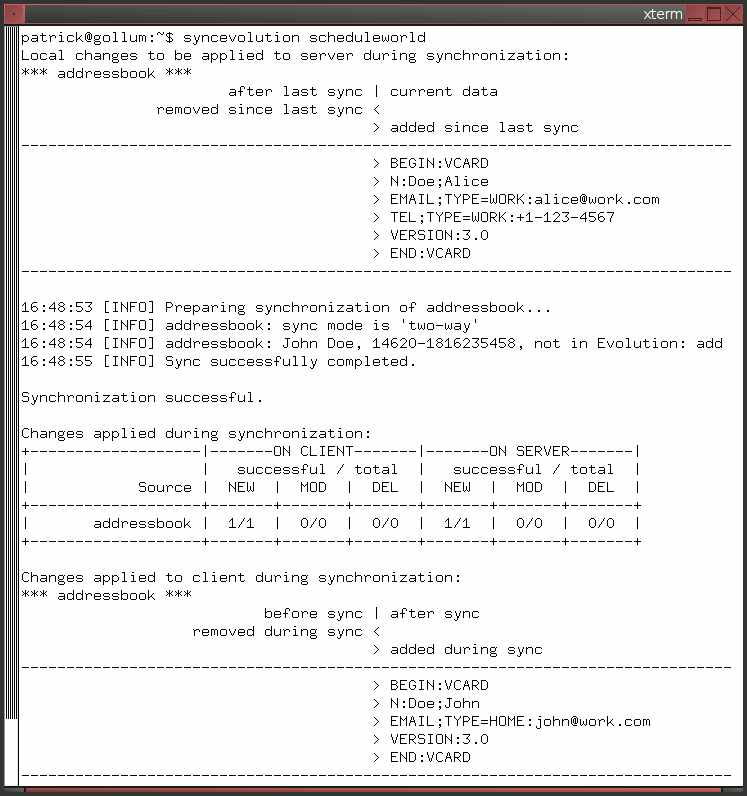 SyncEvolution can synchronize with SyncML-capable devices directly since version 1.0. In that case no additional server is needed. But a server can be useful when the goal is to have the data available via some web interface or to synchronize while traveling. There several different options:

The following actions will work, with a server that fully supports SyncML and vCard/iCalender:

For conflict resolution and synchronization between clients which support different attributes of items, the server needs an understanding of the format of items.